“Red Rescue may be a debut record, but this is the work of an artist of considerable maturity and sophistication. She has already produced a work of art that far surpasses what most musicians ever will. This could very well mark the arrival of one of the major figures in the next generation of Americana artists.”
Americana Highways

“One of the best releases this year.”
Lonesome Highway

“There’s so much passion in Jaimee’s voice that you just want to climb inside it and hang out there forever. She is unafraid to channel the dark side of her own being… the woundedness is there, as well as the strength required to overcome it and redeem us all. That’s what good music can do.”
Eliza Gilkyson

“Rarely is a young artist tasked with so much to prove and live up to on their debut. Yes, it really is that damn good.”
Lone Star Music Magazine

“Wise beyond her years, Jaimee Harris is a force to be reckoned with. Her song “Where Are You Now” might just haunt you for the rest of your nights.”
Gurf Morlix

Jaimee Harris is poised to become the next queen of Americana-Folk, a slightly edgier Emmylou Harris for the younger generation. Her soon-to-be released debut album draws comparisons to Patty Griffin, Lucinda Williams, and Kathleen Edwards – all writers who know how to craft a heartbreakingly beautiful song with just enough grit to keep you enthralled. Harris writes about the basic human experience in a way that is simple, poetic, and often painfully relatable. Harris’s talent has impressed artists and critics alike. Jimmy LaFave deemed her his “new favorite” and Peter Blackstock of the Austin-American Statesman called her “one of Austin’s most promising young singer-songwriters.”.

“She’s quick to pay homage to her musical heroes, but Jaimee Harris is her own person, with her own voice. She’s got a natural songwriter’s instinct for the hard truth, and a voice that brings them home with a visceral punch. Pay attention.” – Gretchen Peters 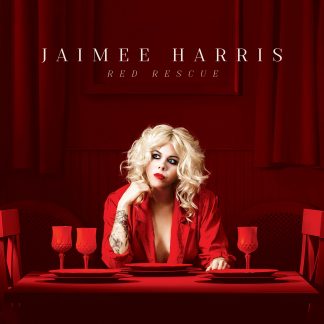