Over the years, when people have asked the members of Venice who their musical influences are, they’ve felt funny merely stating the obvious few — CSNY, The Eagles, The Beach Boys, etc. — because sometimes it might have only been one song from an artist that moved them or flipped a switch in their creative brains, but not necessarily the entire catalogue. That’s how Venice’s new CD, “Brunch Buffet” came about, as a great way to answer that question once and for all, with a cover album revealing the diversity of their musical influences. “Yes, those West Coast vocal harmony bands obviously helped shape our sound,” says vocalist Mark Lennon, “but this album isn’t only about the classic rock or California coast influences. It’s also everything from music of our parents’ generation to singer/songwriters like Shawn Colvin. We cover Keane on this album, and they’re a British band from the 2000’s. It’s all the same to us, because our music is not only about the 60’s and 70’s, it’s about great songs and artists from any time or place.” And while many older artists helped build Venice’s foundation, newer artists along the way have naturally influenced their journey forward, resulting in a familiar but ever evolving Venice sound. “Ultimately, ‘Brunch Buffet’ only includes SOME of our favorite songs by SOME of our favorite artists,” guitarist/producer Michael Lennon adds. “In putting together an album of what we considered ‘Tasty Covers,’ we realized that no matter what songs end up in this collection, we’ll always have second thoughts that we didn’t do song X or Y by artist Z. So I guess we’ll just have to record another album so that we can visit those there! ‘Supper Smorgasbord – Tasty Covers Part 2!’ “

The members of Venice are especially excited about this tour because, by performing songs from the collection of “tasty” cover tunes from their new album, “Brunch Buffet,” they can share memories about some of the songs that helped shape what Venice is today. “We were influenced by so much more than West Coast music, and this will be a chance to share stories about where we were and how we felt when we first heard some of these songs, or what we experienced the first time we saw a certain artist perform live,” says vocalist Kipp Lennon. “Music and memories go hand in hand, and it’ll be a nice chance to give the audience a little more insight into the soundtrack of our lives as musicians and music lovers.” The tour will tell the story of how they became Venice, a band of Lennon brothers and cousins from Venice Beach, California. The performance will combine cover songs with many of their classic acoustic and electric original songs, and they’ll once again be joined by familiar faces (and great musicians) Mark Harris on the Bass, Dann Gillen on Drums and Jasper Westerhof on Keyboards. 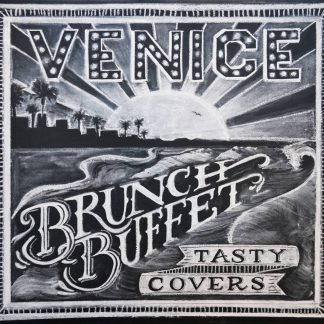